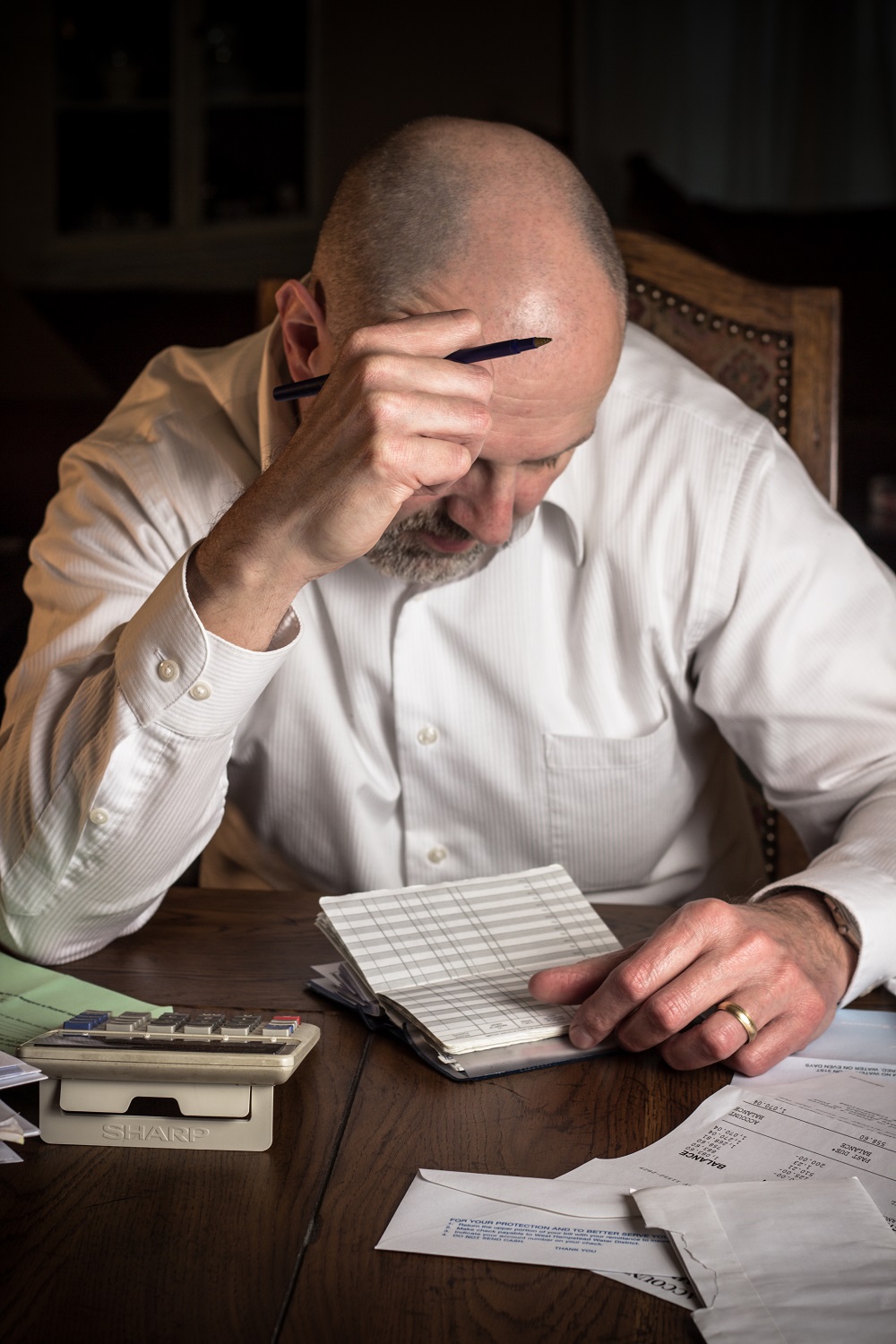 If you’ve been living in overdraft protection for quite some time, it can start to feel like there is no way to get out of overdraft. Your overdraft can easily become a never-ending cycle of borrowing money that’s very difficult to break without a plan. Good news is, we’ve got three ways for you to pay off that overdraft.

Let’s start by giving you some facts on how your overdraft protection works so you’re motivated to pay it off once and for all, and then we’ll discuss three ways you can pay it off.

What is an overdraft limit?  Overdraft limits tell you how much more money you can take out of your bank account. The limits vary from $100 to a few thousand dollars, based on what your financial institution has approved for you.

Other overdraft charges can occur if you exceed the overdraft limit, or if you don’t have an approved overdraft but you overdraw your account anyway (even because of bank account service fees.) You may need to pay as much as $5.00 every time you dip further past zero in your account.

How to Get Out of Overdraft

Figuring out how to get out of overdraft can feel nearly impossible, especially when you’re using the same bank account that your overdraft is attached to. So we’ve come up with three different ways you can get rid of that overdraft once and for all!

Treat your overdraft protection like a loan, where you pay it off in installments. To do this, you will need to open a new chequing account either with the same financial institution or with a new one.

Take all of your money, including the portion of the overdraft you typically use before your next payday, and transfer it into a new chequing account. This new account should not have an overdraft limit, and will be where you do your everyday banking. You won’t be using the old bank account with the overdraft anymore, so change the bank account type to the cheapest service package possible.

Each payday, transfer money from the new bank account to the old bank account with the overdraft protection and you’ll slowly be able to pay it down. To figure out how much you can afford to pay towards this overdraft debt, build a household budget first. We don’t want you paying too much, and then having to borrow the funds again because you didn’t plan properly! Make sure you are paying the overdraft at least once a month, and at least paying the interest being charged (ideally more) to keep the account in good standing. Once it’s paid off, close that bank account.

2. Save Money and Pay Off Your Overdraft in a Lump Sum

Another way to pay off overdraft is to continue using the account as you always have, but set money aside in savings to pay off the overdraft in a lump sum. Again, create a reasonable budget first to figure out how much you can afford to put towards this savings, and transfer the money into the savings account each payday.

Once you have built up enough savings to pay off and close your overdraft in full, transfer the money to your chequing account that has the overdraft and request that your bank or credit union removes the overdraft protection.

3. Reduce Your Overdraft Limit as You Go

Building up a few thousand dollars in savings before closing your overdraft can be daunting, so a different approach you can take is to reduce your overdraft limit as you go.

For every monumental amount you save (whether it’s $100, $250, or more), transfer it to your overdraft account and ask your financial institution to reduce the overdraft limit by this amount. This will allow you to continue using the same bank account you always have and slowly work your way out of overdraft protection.

If you’d like help creating a personalized plan to get out of overdraft protection, contact a non-profit credit counseling organization. With a confidential financial review, they can create a household budget with you, and help you figure out how much you can afford to put towards your overdraft protection.

Overdraft protection doesn’t have to be a life sentence. Take control of your money, make a plan, and pay off that expensive overdraft once and for all!

<< Back to the Blog main page

All of my pre-authorized payments come out of my current chequing acct, the one severely overdrawn. If I create a new checq acct, I will have to make the necessary changes with my payments as well as having my pay cheques deposit information changed as well. Is this normal? It could be time consuming and tough to coordinate with a new account. Thoughts?
Hi Scott, There are a few things people need to bear in mind in situations like this: 1) If you keep doing what you’ve always done, then you’re going to keep getting the same results. So if you’re stuck in your current situation, then you need to do something different to get out. 2) We’re trying to offer some different solutions that most people wouldn’t have tried to try and offer some different ideas for how people can change their current routine and get out of the rut they find themselves in. 3) You know yourself and probably have the best idea of what ideas may or may not work for you. Find an idea that resonates with you or seems as though you could possibly make it work. 4) Nothing worthwhile is easy. It’s going to take work, self-discipline, and perseverance, but achieving your goal of paying off your overdraft, gaining more confidence in your abilities, and learning the new skills to accomplish this will be worth it and help your finances in the long run. While it can be a lot of work to change all your pre-authorized payments over to a new account, a lot of people find that separating their day-to-day finances from their overdraft and treating it as a loan really helps. Mentally and logistically it actually makes things easier and far less confusing. With all your day-to-day expenses going through the overdraft account you’re trying to pay down, it creates a lot of noise, can be confusing, and can significantly hinder your progress. When you leave your overdraft on its own, you’re able to see your progress as you pay it down, and nothing can accidentally push it back up. Being able to physically see your progress as you pay down the overdraft balance each month can be very encouraging psychologically. We find this psychological boost is so helpful to a lot of people, and helps them stay the course when things get tough. If you think the physical separation of accounts and psychological encouragement of seeing your overdraft go down each and every month, then this method will probably be worth the work to set it up.
I lived for years in overdraft, as well as using my line of credit. It had become my normal, and was difficult to get out from under. The amount seemed overwhelming, and it was only because money was gifted to me and my siblings that I was able to pay it all off. It's been more than 10 years since it's been paid off, but that feeling of fear having debt hanging over my head continues to keep me financially diligent. I was fortunate, and never want to got back to debt. I now live with a structured, realistic budget.