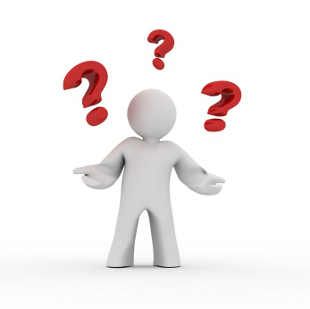 Last week we shared eight common mistakes that keep people broke. A lot of you asked for more tips, so we’re happy to give you eight more tips to avoid staying broke!

1. Gambling on balancing your budget

As amazing as it may seem, some people actually include winning the lottery as part of their strategy to make ends meet or pay off their debts. Ironically, many people who win lottery jackpots end up in more debt than they initially started with. Winning a pile of money isn’t the secret to financial success; using the money wisely that you do have is the key.

For more information on how to manage your money wisely, click here.

2. Paying off your mortgage too fast

It only makes sense that paying off your mortgage as quickly as you can will save you money on interest. However, some people pay off their mortgages so aggressively that they don’t have any money left over for unexpected expenses—which always seem to arise. Many homeowners then end up using their credit cards or line of credit to get by, and in the end, they have to take money out of their house—by refinancing it or selling it—to pay off their bills. The wiser approach is to pay off your mortgage as quickly as you reasonably can but still put some money into savings every month. That way you can handle unexpected expenses with your savings, and you won’t end up broke all the time.

Transition times in life often decrease the amount of spending money we have. For example, when we’re between jobs, we may not have as much money as we did when we were working. Moving homes, starting a family, or going back to school are exciting times, full of hope, but they come at an expense. When life is good, we tend to think that it will last forever, and we don’t worry about taking on long term commitments like cell phone contracts, gym memberships or vehicle leases and we make big purchases. However, life usually consists of seasons—and no season lasts forever. Long term financial commitments not only tie us down or obligate us to payments we can’t afford when the going gets tougher, many people continue to make long term commitments even when they don’t know what their financial situation will be 3, 6 or 12 months down the road.

4. Retiring with a large mortgage and/or a lot of debt

It seems to be more common these days for people to retire and still have a large mortgage or a substantial amount of other debt—some even have both! For many of these people, they used credit during their working years to maintain a certain lifestyle. They relied on credit while they were working because they didn’t have enough income, and now that they are retired, it’s no different—in fact, for some it’s worse. People who haven’t planned ahead enough for their retirement often see their income decrease, but their expenses almost remain the same. This causes some to feel like they forced to go back to work, sell their home or rely on family help. Being retired and broke isn’t fun, but you can avoid that trap with a budget to pay off your debts before you retire.

5. Making interest only payments on a Line of Credit

For a lot of people, a line of credit seems like a great thing: interest rates are low, and you only have to make minimum payments or interest only payments. But what happens when you get used to living like this? For many, they end up getting deeper and deeper into debt until their minimum payments become a burden to them. In time their $50 minimum payment balloons to $400 per month, and they soon realize that they now have a pile of debt with little hope of paying it off because they have gotten used to living beyond their means. For those who choose to make interest only payments, things can get even worse. Interest only payments mean that you never pay off the money you borrow. If you feel trapped by debt, here are three ways to escape, or you can get professional help for free by contacting a non-profit Credit Counselling organization.

If you feeling trapped by debt, here are three ways to escape, or you can get professional help for free by contacting a non-profit Credit Counselling organization.

6. Trying to start a business to solve debt issues

There are some ambitious people who try to get rid of their debt by attempting to generate a mountain of cash. Unfortunately, at least 70% of new businesses fail within their first few years, and of those that do succeed, only a small number are really profitable. To make things worse, a lot of successful business people don’t succeed in business until their 7th or 8th attempt at starting a business. The bottom line is that the odds are against you when start a new business. New businesses also tend to need a lot of cash to keep them going. Even if you happen to be one of the successful entrepreneurs, you will likely remain broke for some time while you work to get your business established, pay off your previous debt and repay your business debts.

7. Not changing your spending habits when you know that your income has gone down

Many people don’t decrease their spending and adjust their budget after their income has been reduced. Instead they go into denial and use credit to make ends meet. For these people it often takes 6 – 8 months before they realize what they’ve done, and the shock kicks in when they can’t make their minimum payments anymore. If you are dealing with reduced income, avoid feeling broke by making significant changes sooner rather than later.

8. Not talking to family or friends when the going gets tough

A lot of people would rather talk about their sex life before they would admit to their family or friends that they have a financial problem. Unfortunately, keeping up with the Joneses only goes so far since they too are wondering what they can do about their own debts. When times get tough or when you realize that you have a financial problem, those who know you the best are also the ones who probably want to help you the most. Even though you might not want to hear what they have to say, they can likely tell you why you are broke—and they might have a few “solutions” for you too. Don’t be too proud to share your financial struggles with family members and friends you trust. It can be one of your best strategies to get back on track sooner.

To see eight of the most common mistakes that keep people broke, click here.

Back to the Blog